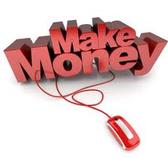 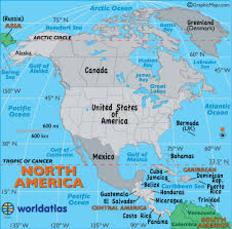 Consulates Responsibilities   One of the biggest service that a Consulate provide to is  to protect the interests and welfare of citizens temporarily or permanently living in the foreign country where the consulate works.  Consulates also issue passports and visas, Moreover, that is not their primary  obligation.

Their function goes much further than that.  A consul is there to assist companies to invest in the country for which they work, encourage the importing and exporting of products and services between the two countries. Consulates may also legalize and notarize documents. Ironically, and contrary to what you may have seen in the movies, consuls are not usually granted diplomatic immunity. Their function is also to work close in-hand with the designated Ambassador.

An Ambassador serves as head of a diplomatic mission. A Resident Ambassador lives within the country to which they are assigned. A Non-Resident Ambassador does not live in the country where they are assigned to work, but lives in a nearby country. It is possible that a resident ambassador to a country might also be a non-resident ambassador to one or more other countries. Additionally, to the responsibilities of both the Consulate and Ambassador they both work in the field of politics and commercialism for the good of their, country.

The embassy is involved in negotiating, analyzing and reporting on political and economic developments. The ambassador builds up a network of contacts and takes care of the practical arrangements for state and ministerial visits. The Embassy also briefs journalists and promotes their country's image by monitoring the international media coverage and international politics relating to their particular country.  These positions are usually political appointees, usually appointed by their president resident.

Citizens of the United States, Western Europe, Canada, Argentina, and Chile are not required to have a visa and are issued a tourist visa on arrival in Honduras. Authorities are currently granting 90-day visas, and any extensions (30 more days are available) must be taken care of at the immigration office in Tegucigalpa. Citizens of all other countries are required to obtain visas before entering Honduras. Cost usually depends on what that country charges Hondurans for visas.

Sometimes it’s free, and sometimes it can cost up to US$20. Tourists are granted a 90-day visa upon entry. One 30-day renewal is allowed, for a US$20 fee. Renewals can no longer be processed at the immigration offices across the country but must be submitted in Tegucigalpa. You should be able to get the form at least at the migración office in most large cities. The immigration office (www.migracion.gob.hn) in Tegucigalpa is on the anillo pereférico, opposite the UTH (Universidad Tecnico de Honduras).

Sometimes you may be asked to get a certain amount of timbre stamps, available at a local bank, as payment, and you will need to leave your passport for 1–3 days. The fine for overstaying a visa is calculated at immigration upon exiting the country; airport officials are accustomed to doing this, and no one else seems to be able to say in advance how much it will be. One report is that there is a US$32 fine for the first month and 20 percent of the minimum salary (US$290) for each additional month. Others have been charged more.

Foreigners are required to carry their passports with them at all times, but rarely if ever will it be checked. Be sure to keep photocopies in your hotel room or, better still, just carry the photocopies.

Generally speaking, Honduran society features customs and traditions similar to those in other countries in the region. Family is of paramount importance, although marriages are often informal due to the expense of weddings and the scarcity of priests. The majority of Hondurans are Catholic, though not necessarily strict ones.  When traveling in Honduras, don’t plan on being in a hurry to get anywhere. Things happen at a leisurely pace, and no one rushes. Trying to pressure people to act with haste will get little result other than stress.

Take it easy.  Hondurans are fairly laid-back about clothes in general, but wearing shorts will certainly draw some odd looks in rural villages in the interior. Generally, beachwear should be left to the north coast and the Bay Islands. Public nudity, including swimming naked, is illegal in Honduras (although Paya Bay resort on Roatan has “naturalist” weeks on its private beaches).  The litter level in Honduras is disturbingly high. Don’t be surprised to see locals toss garbage on the street or out the bus window.

​La Ceiba is the ecotourism capital of Honduras. Located on the Caribbean coast of Honduras, it is also the gateway to the Bay Islands of Honduras, since the ferry service and airlines use this city as a hub to connect towards the islands. Four national parks are within easy access from La Ceiba: Pico Bonito and Nombre de Dios National Parks, as well as the Cuero y Salado Wildlife Refuge and the Cayos Cochinos Marine Monument.

​La Ceiba is an ethnic melting pot, with Garifunas, Bay Islanders, Miskito natives, and an important expatriate community living here. La Ceiba is famous for the Cangrejal River and its outstanding white water rafting and kayaking. Hot springs are abundant along the north coast of Honduras, and La Ceiba is no exception with lovely natural hot water springs along the Nombre De Dios National Park. The largest selection of Ecolodge type facilities in Honduras are located around La Ceiba, with many on the Cangrejal River.

The headquarters of Standard Fruit Company (Dole) in Honduras are in La Ceiba. Access to La Moskitia, the remote jungle region that Honduras shares with Nicaragua is mainly from La Ceiba, with daily flights departing from La Ceiba to this region. La Ceiba is located 200 km, from San Pedro Sula, the second largest city in Honduras